Chase away the chill! Start planning your whale watch now.

Winter ducks have replaced pleasure craft on Barnstable Harbor and a few snow showers have whitened the landscape here and there, but so far our Cape Cod winter has been mild.

Whale sightings from the beaches continue, particularly from Race Point in Provincetown – bundle up and get out there if you can. If you are not close-by and are daydreaming about getting back on the water, our 2023 season kicks off on May 16 and our booking calendar is live. New England winters can be a long slog, but we push through knowing Spring is just around the corner!

Op-Ed: How an encounter with humpback whales keeps me inspired in the climate change fight

We were deeply moved by this Op-Ed by Katie Troll, the former executive director of United Fishermen of Alaska who served as a fishery development specialist for the state of Alaska, originally published in the LA Times. If you care about whales, their eco-system and the future of our planet, please check out the excerpt below or read her full piece here.

The impacts of climate change on our oceans can be less visible than what we see on land but are just as dramatic. When we hear about another heat wave, we should remind ourselves that there are also marine heat waves, warming events that can destroy coral reefs and decimate populations of fish and seabirds. Marine heat waves have doubled since the 1980s and are expected to become 20 to 50 times more frequent. For every headline about blazing wildfires, we need to think also of ocean acidification, caused when the pH of oceans falls as they absorb the extra carbon dioxide released by burning fossil fuels. The more acidic our oceans, the more shells and bone structures dissolve. This affects everything from zooplankton to whales.

The humpback whales we encountered feed on herring and small forage fish. They eat more than 2,000 pounds of food each day. Herring compose a major portion of their consumption. And what do the herring eat? They eat small sea snails, pteropods (a type of mollusk) known as sea butterflies, which have a winged foot held in place by a small, internal shell. The sea butterfly cannot survive without its shell.

Order tickets online any time, without leaving home or picking up the phone. Save time, see what’s available and remember, e-tickets never get lost.  Simply keep them on your smartphone!

Read All of Our Reviews on Trip Advisor 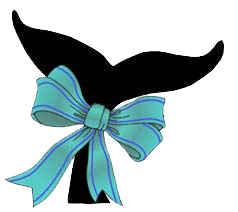 Looking for a unique gift for friends near or far? How about a gift certificate for a Whale Watching adventure out of picturesque Barnstable Harbor. The promise of adventure — the wonder of whales and dolphins – wild and free — the exhilaration of sunshine and salt air. 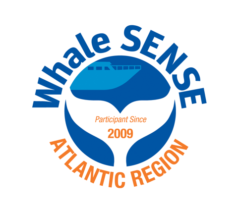 WhaleSENSE is a collaborative, voluntary program recognizing commercial whale watching companies committed to a higher standard of whale watching. Hyannis Whale Watcher Cruises is committed to the principles of WhaleSENSE on all of our cruises. Our vessel operates in compliance with NOAA’s Northeast Whale Watching Guidelines and are active WhaleSENSE participants. Hyannis Whale Watcher Cruises is a proud supporter of the Whale and Dolphin Conservation Society, the world’s most active charity dedicated to the conservation and welfare of all whales, dolphins and porpoises. Best of the Cape & Islands

Hyannis Whale Watcher Cruises has been selected Best of the Cape & Islands – Land and Sea Excursions – Mid-Cape by Cape Cod Life magazine each year since 2014.

This is a readers’ choice award voted on annually by the magazine’s readers and subscribers. Cape Cod Life is the region’s premier lifestyle magazine showcasing the stunning natural beauty and historic charm of Cape Cod, Martha’s Vineyard and Nantucket since 1979. Hyannis Whale Watcher Cruises is proud to receive this award for another season!

The latest news and events from the Hyannis Whale Watcher team.

Jumping for joy that the weekend is here! #tgif_na

Humpback whale- Nazca breaching into the wind for

Merry Christmas to all and to all a good night...

Season's Greetings from Race Point, where the land

Humpback whales are now making their way to their

Kick feeding humpback from the archives!

Thousands of gulls wheel over schools of a distinc

Whether it's turkey or baitfish on your menu, wish

Back to July for a visit with Atlantic white sided

Our season may be over but feeding whales were sti

We had a beautiful Saturday for our final trip wit

Join us for our final trip of the year, Saturday O

Hyannis Whale Watcher Cruises on scenic Cape Cod, MA offers world-class whale watching adventures to visitors of all ages from around the world.

Keep your chin up! Humpback whale-Pinball's 2023 calf with a roll-over/spy hop. The pair was photographed this past week on an OceanVibes whale watch off Grand Turk in the toasty Caribbean! Anyone else jealous?

Jumping for joy that the weekend is here! #tgif_nature

Humpback whale- Nazca breaching into the wind for some #mlkday #Mondaymotivation

Keep your chin up! Humpback whale-Pinball's 2023 calf with a roll-over/spy hop. The pair was photographed this past week on an OceanVibes whale watch off Grand Turk in the toasty Caribbean! Anyone else jealous? ... See MoreSee Less

Jumping for joy that the weekend is here! #tgif_nature ... See MoreSee Less

Don't let the sun set on the trip of a lifetime!

Buy Tickets Now!
Website photos courtesy of Salty Jones Photography, Steve Liffmann, Gary Gittis and Mel Marchand.
HWWC conducts all whale watching in accordance with NEWW Guidelines. Any whale(s) appearing in our social media feed images closer than the prescribed 100 ft approach distance are there of their own volition and demonstrate the whales’ familiarity with and/or curiosity of our stationary boat.
© Copyright - Hyannis Whale Watcher Cruises - All Rights Reserved 2023
Back To Top